Entered a competition to win a £20 gift card for Icon at the O2, which is fairly near me. Got an email saying I'd won a gift card, so I printed out the email, went down there and claimed the card.

Decided to spend it on the day as the cards had an expiry date in early May. It turned out to be one of my typical shopping trips where I go there looking for a particular item of clothing, but none of the shops have what I'm after, so I end up spending money on other things (but not CDs as is my wont, because the Icon outlet had nowhere that sold them). Was looking for light blue jeans to replace a worn-out pair, but couldn't find a pair I liked in my size. Instead, bought a coolbag from the Regatta store, because until the government stops trying to take down details of anyone who eats out at restaurants, picnics are the order of the day.

Tried to be good and spend the rest on healthy things at Holland and Barrett, but that didn't work as their IT wasn't set up to take the gift card, so instead, I wound up spending the rest of it in Hotel Chocolat. Still, nice stroke of luck. Was interesting to go back to the Icon Outlet, but will only return there when they start taking cash again: I don't spend any of my own money at places that don't take my cash, because anonymity is essential for privacy, which in turn is essential for liberty. 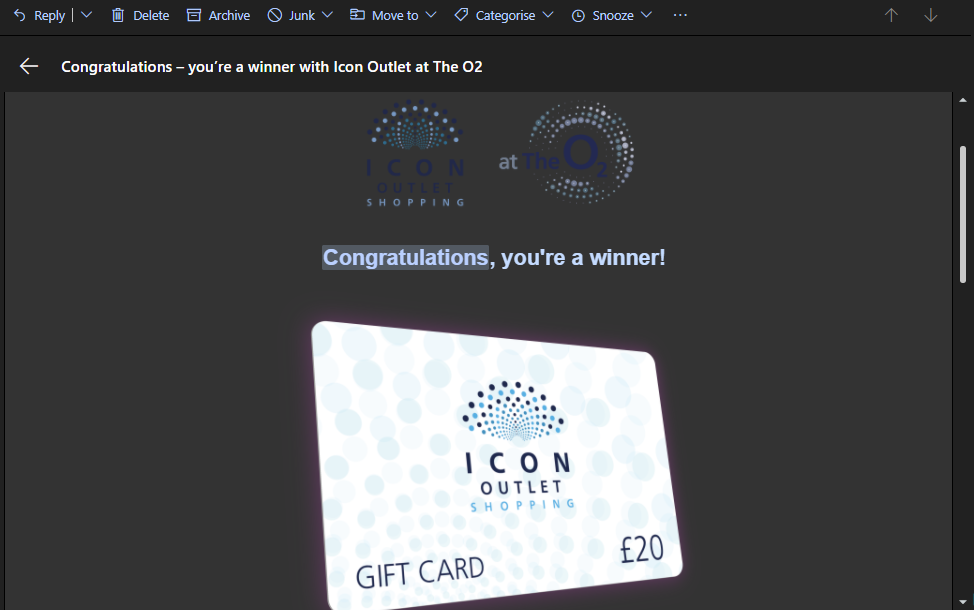 Win £500 towards your gas and electricity bill

Here's a chance to reduce your energy bills this year.