Last week I heard from an unhappy comper who had got herself into a bit of bother. She was relatively new to Facebook comping, and like many people had set up a second account for her new hobby so as not to annoy her friends. The comper had set up her new account under a different name - before long she'd had a few wins with her new name and all was going well.

At this point I should remind you that this violates Facebook Terms of Use and you risk getting both accounts closed down!

Fake accounts are a violation of our Statement of Rights and Responsibilities. All accounts must abide by the following policies:
* You must provide your real first name and last name.
* Impersonating anyone or anything is prohibited.
* You are not allowed to create multiple accounts that exist solely for the usage of Facebook Platform applications.
* It is a violation of Facebook policy to maintain more than one account on the site.
* Profiles (timelines) created to represent celebrities, pets, ideas, or inanimate objects are strictly prohibited.
* Profiles (timelines) created for the purpose of spamming or harassing others are strictly prohibited.

The problem came when our comper was lucky enough to win on the Pepsi Max hourly Facebook competition. Pepsi have refused to write her a cheque for £500 because the name she had supplied via email was different to the Facebook account that had won the prize. This is an extreme example, because in her case the comping name was VERY different to her real name. Had it been a slight variation or a nickname I think Pepsi might have been a bit more understanding, but who can blame them for refusing to honour that prize? The Terms and Conditions stated that the cheque would be made payable to the name supplied on the competition App, so writing it to any other name would be fraudulent activity on the part of the promoter.

I have several friends who use a made-up name on Facebook - but it's usually just their forename or surname that's different. The problem is, they get used to that name - and when they start entering competitions to win cash, it's a real problem when a cheque turns up with a fake name on. A friend recently won a fiver on the Wrigley's Extra promotion with her comping name Rose Bush - needless to say, that cheque is still sitting in her in-tray!

Another of my comping friends used the pseudonym Henrietta Carrott. She won a weekend in a luxury hotel and was referred to as 'Mrs Carrott' all weekend, much to her husband's annoyance. The hotel staff thought she was his mistress, as when he presented his credit card it was a completely different name!

So the lesson here is - use your real name! Otherwise you could end up in a whole heap of trouble… and you could miss out on some great cash prizes. Unfortunately our unlucky Pepsi winner has learnt her lesson the expensive way! 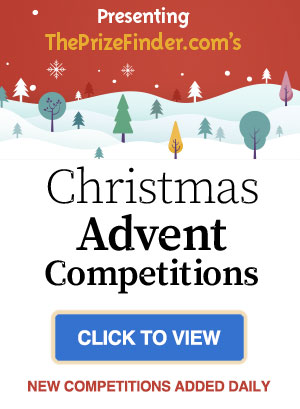 Win a beauty bundle worth £170

END_OF_DOCUMENT_TOKEN_TO_BE_REPLACED

Get the best out of ThePrizeFinder. Sign up for FREE!